The Narrative of the Captivity and Restoration of Mrs. Mary Rowlandson 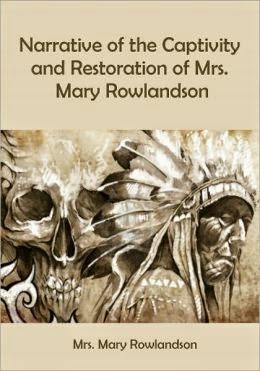 "The sovereignty and goodness of GOD, together with the faithfulness of his promises displayed, being a narrative of the captivity and restoration of Mrs. Mary Rowlandson, commended by her, to all that desires to know the Lord's doings to, and dealings with her."

On February 10, 1675 in the Massachusetts Bay Colony, the Lancaster settlement was attacked by Indians and Mrs. Mary Rowlandson was taken captive along with a number of other settlers, including other members of her family.  This short book chronicles the events of her capture, her travels with her captors and finally her release after 11 weeks.

For almost 50 years, the colonists and Indians had lived in relative peace, but increasing settlement and demand for Native land caused tension that eventually exploded in attacks on American settlements by the Indians and resulting retaliations.  Indian raids were often violent and by the attack on Lancaster, the comfortable life that Mary had known with her husband and three children, was abruptly torn apart.

Mary turned to God in her fear and suffering and instead of lamenting her situation, she looked for lessons to learn from it.  Her Puritan faith was rather rigid and the narrative comes across as very unemotional at times, but the religious and historical weight of her experiences are a valuable tool in understanding the people of those times.  The book follows the traditional framework of the captive narrative, focusing on suffering, exile and redemption.

For more extensive information, Ruth at A Great Book Study has produced an excellent review of The Narrative of the Captivity and Restoration of Mary Rowlandson.    I had plans to write an extensive review but in the end, I just couldn't.  Then I planned to answer the WEM questions as I did in my review of Saint Augustine's Confessions .... but when I looked at them, I just couldn't. I have only a basic knowledge of the Puritans and of conflicts between the Indians and colonists, so I hesitate to give even an uneducated judgement on Rowlandson's narrative.  When I finished, I hadn't really connected with Mary or her narrative.  Excepting what she communicated about her faith, there was an enormous gap in my understanding of her outlook and her judgements. This book left me feeling rather off-balance.  Normally I hate reading a book from a modern perspective and ALWAYS put myself, or attempt to put my mindset, into the times about which I'm reading.  For the first time, I had difficulty.

What I do know is that I need a "palate cleanser" with regard to Colonist-Indian relations, and so I've chosen to read The Journal of William Sturgis, a primary source document about a 17 year old boy who goes on his first voyage to trade furs with the Pacific Coast Indians. 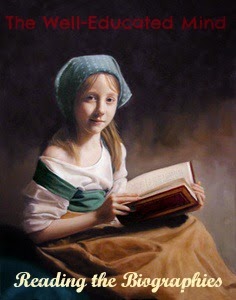