This was one of my children's books that I had scheduled for my Deal Me In Challenge, and I was planning to review it only on my children's blog, yet it was such a wonderfully uplifting story that I decided to share it here too!

The book is initially set in England during the reign of King John. The main character, John, is a twelve year old boy, yet big for his age, who works on the manor of Sir Eustace as a villein. Old Marm, is an old woman who acts as his guardian, and through her we learn of John's noble connections, of how she saved him from an attack on his father's castle when he was a mere babe.  With his father either dead, or missing, John's heartfelt desire is to find him and wreak vengeance on the baron who attacked his family estate when his father fell afoul of the king.

One day, John's gentleness with the animals is noticed by a visiting lord, who takes John with him in his company to work as a page.  The position means leaving Old Marm, but it allows John to work towards his dreams of reunification and revenge.  He is given to Sir Alwynn, a Knight of St. John and a participant in the upcoming Fifth Crusade.  Through various circumstances and adventures, John learns that his father was perhaps seen in the Holy Land, and is ecstatic to be sailing with Sir Alwynn to Acre.  In battle there, John, through giving mercy to a Muslim boy and allowing him to live, is taken by the Muslim commander and finds himself in Jerusalem.  Grateful for John's actions of mercy, the boy's father, Sultan Nur-Aslan, treats John as a guest and he becomes friends with the son, Yusuf.  An encounter with a monk called Francis, leads John to follow the monk to visit the ruler, Muslim Sultan Melek-al-Kamel; John is in search of his father, Francis a new convert.  In a situation of danger and uncertainty, bravery and grace are their only weapons.  Will the visit bring only more conflict and strife, or something entirely different?

This book was such an inspiring read, especially as the reader witnesses John's desire for revenge come in conflict with his naturally compassionate and charitable nature.  As we observe John's struggles and experience the positive effects that multiply with his acts of goodness, acts that can sometimes seem to be done against his own will, we realize that the world can give us perceptions that are often false, and we must look to higher standards to govern ourselves.

The visit of Saint Francis of Assisi to Melek-al-Kamel is documented history.  After failing to stop the Crusades by meeting with his own religious leaders, Francis set out with Brother Illuminatus to visit the Kamel, the nephew of Saladin, in an attempt to spread the Gospel, but while the sultan received the monk graciously, his visit left him unaffected and Francis was returned safely to the Crusader camp.  Also, the battle at Acre on December 24, 1217 to capture the fort on Mt. Tabor actually happened and Lord Ranulf, Earl of Chester was an historical figure who participated in the Fifth Crusades.

While Jewett manages to weave a story full of adventure and intrigue, the emphasis on understanding and forgiveness is most compelling.  She reminds us that Christians and Muslims were able to live in harmony, and show tolerance, mercy and compassion towards each other, even in the midst of the tumultuous times of the Crusades.  What John encounters through his experiences and with Saint Francis, shows him that mercy, instead of weakness, is strength; differences are only a big as we make them; and that forgiveness can be the most powerful action of all.


Deal Me In Challenge #5 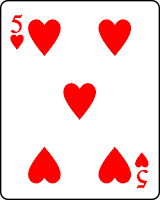