Where Have I Been? Meet Finn!

Well, I suppose I haven't been absent from my blog for that long, but much longer than I usually would.  I can't use busyness as an excuse because I'm nearly always busy, however this time the busyness seems to have doubled as I have a new addition to my family.

As those of you who have followed my blog for over a year know, my beloved Australian Shepherd, Bear, passed away last November. 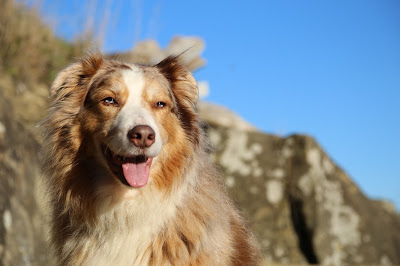 I took his loss harder than I ever thought I would.  He was a challenge at times, but so uniquely Bear, that his absence left a huge hole in my existence.  Yet in spite of the sadness, a house just doesn't seem like a home without a dog around, and with that in mind, a few months ago I put my name on a few "puppy lists."  There is such a demand for Aussies, you never seem to know for sure if you'll get one, but a few weeks ago we were informed that a puppy was ours.

On Sunday we brought home a Blue Merle Male, and named him Finnegan: 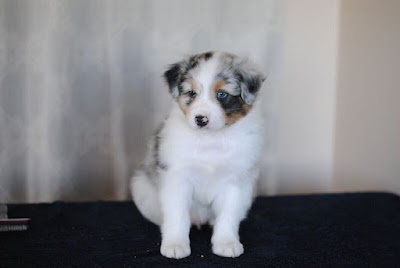 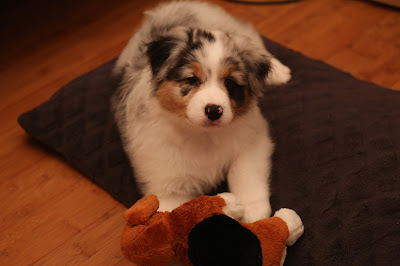 He is sooooo cute and adorable and lovable and very good too, as far as puppies go. So we've been having a wonderful time getting acquainted, but I hope to be back to blogging soon!  I have the last few chapters of Jane Eyre to post on, and I've also finished The Brothers Karamazov and hope by some miracle to be able to put together a review of it.  But until then, I'm off to play ......... :-)