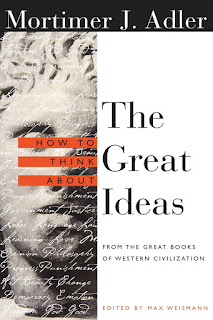 
Adler states that he is going to discuss the problem of majority rule, how the opinions of the majority clash with that of the minority and the controversy about basic social issues. Before he proceeds, he reminds the reader about the issues already considered: that central to opinions we have the freedom with regard to how we act; we also have a right to disagree reasonably about policies, actions, etc., however to live in a peaceful society it is imperative to have means to resolve disagreement, to allow that society to work toward a common goal.


Offering a fabricated and implausible example of a Supreme court judge claiming that he can scientifically prove his independent decision, Adler shows that if this were possible, we would not have contradictory opinions, nor the need to vote to determine how the majority stood on issues.  It would be equally ridiculous for a mathematician to determine the answer to a problem by taking a vote.  However since politics (and judicial matters) are a matter of opinion, voting is the only reasonable way to proceed.  Luckman wants to know if there is no other way to settle political differences.

There are two possible ways:


In political freedom there are two integral factors: 1) that the citizens are "governed for their own good for the common welfare of the State," making men free when they are governed for the good of all and not for private interests; 2) men have a voice in the government who makes the decisions.  Citizens of even the wisest monarchy or a judicious despot are never completely free and therefore majority rule, where each citizen has a voice in the decisions, imparts the fullest form of political liberty, which should be a right for all.


Luckman counters with examples from Plato and Hegel who thought it was better for men to be ruled by a wise ruler for their own good, as the majority were often misguided and did not make decisions in the best interests of all society.  Adler agrees that some of the greatest political theorists have disagreed with majority rule and since it is a matter of opinion, he can only defend his case by producing opinions from some of the most respected minds in history:

"Ordinary men usually manage public affairs better than their more gifted fellows for on public matters no one can hear and decide so well as the many." ~ Thucydides

"The many of whom each individual is but an ordinary person when they meet together are likely to reach a better decision than the few best men.  For each individual among them has a share of virtue and prudence.  And when they meet together they become in a manner one man who has many feet and hands and senses and minds.  Hence the many are better judges than a single man; for some understand one part, and some another, and together they understand the whole." ~ Aristotle

"The people of any country, if like Americans they are intelligent and well-informed, seldom adopt and steadily persevere for many years in an erroneous opinion, respecting their interests." ~ John Jay

"The people commonly and usually intend the public good.  They sometimes do make errors, but the wonder is that they seldom do." ~ Alexander Hamilton


Luckman mentions John Stuart Mill who greatly feared the majority but Adler bring in two quotes of his that appear to prove he accepted the principle of it.  Because Luckman brings up Mill's idea of protecting the minority, Adler then begins to speak about the majority's responsibility for the opinions of dissenting minorities, implying that we have a problem in how we approach this responsibility in modern times.


First, there are three ingredients for making the majority responsible to the minority:


Only when these three elements are employed does majority rule have its fullest positive effect on decision-making.  Adler adds a quote from Mill which he believes should be engraved on the heart of every American:


"First, if any opinion is compelled to silence, that opinion may for ought we can certainly know, be true.  To deny this is to assume our own infallibility. Second, though the silenced opinion be in error, it may and very commonly does contain a portion of the truth.  And since the general or prevailing truth on any subject is rarely or never the whole truth, it is only be the collision of adverse opinion that the remainder of the truth has any chance of being supplied.  And third, even if the received opinion be not only truth, but whole truth, unless it is suffered to be and actually is vigorously and earnestly contested, it will by most of those who receive it be held in a manner of prejudice with little comprehension or feeling of its rational ground."

Finally Adler brings up a collision of opinion that he grieves will never be resolved: the difference of opinion between generations.  In this "irresolvable dispute", the older generation because of their life experience and maturity should be wiser than their children but the problem is that the children have not had that experience to be able to find common ground with their parents' generation, and often irreversible mistakes are made.  His final words are compelling: "I regard this as one of the saddest facts about the human race.  If we could only do something about this, if we could only find a way of having children profit somehow by the experience of their parents, of accepting somehow the wisdom that is in their parents' opinions as a result of that experience, I think we could change the course of human history overnight.  Progress could be made to move with much greater speed than it ever has in the whole course of human history."

The next essay is titled How to Think About Man.