Christianity and the Survival of Creation by Wendell Berry 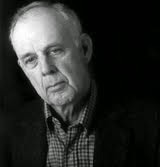 Wendell Berry is an American essayist, novelist, poet, fifth-generation farmer, and environmental activist.  He has written copious numbers of short stories, essays, novels and poems during his rather interesting life.  Berry argues that the breakdown of communities has been aggravated by large corporate farming and that living in harmony with nature is a necessity, as its destruction will lead to our own.


Berry essentially first gained recognition as a poet, but his hard-hitting essays have earned him notoriety and a wider audience.  This essay was delivered as a lecture at the Southern Baptist Theological Seminary in Louisville, Kentucky. Berry hits hard right from the beginning of the essay, immediately punching home his topic:


He establishes on one hand, that the "indictment is just" in that Christian priests, missionaries, organizations, etc. have been "largely indifferent to the rape and plunder of the world and of its traditional cultures" and that Christians are often as complicit as anyone else "to join the military-industrial conspiracy to murder Creation," yet there is a problem with the conservationists' indictment; the anti-Christian conservationists dismiss the Bible, without having an understanding of it.  In effect, they "have not mastered the first rule of the criticism of books: you have to read them before you criticize them."  The error is not that the Bible has not given Christians a tradition of respect, stewardship and love for the earth, they have simply chosen to ignore it.

Berry then examines Biblical tenants with regard to the earth, stating that the world is not owned by humans, but by God: "The earth is the Lord's, and the fulness thereof: the world and they that dwell therein. (Ps. 24:1)"   John 3:16 states that God loves the world, not as it might be but as it is, and He "continues to love it and find it worthy, despite its reduction and corruption by us  ........  Creation is not in any sense independent of the Creator, the result of a primal creative act long over and done with, but is the continuous, constant participation of all creatures in the being of God .......  Creation is God's presence in creatures."

Not only does Berry use the Bible to support his thesis, but he draws from Dante, William Blake, Thoreau, and others to support his views on the importance of nature and our human interaction with it.


"The Bible leaves no doubt at all about the sanctity of the act of world-making, or of the world that was made, or of creaturely or bodily life in this world.  We are holy creatures living among other holy creatures in a world that is holy.  Some people know this, and some do not.  Nobody, of course, knows it all the time.  But what keeps it from being far better known than it is?  Why is it apparently unknown to millions of professed students of the Bible?  How can modern Christianity have so solemnly folded its hands while so much of the work of God was and is being destroyed?"


Berry urges us on to a re-thinking of our ideals.  We think we can contain God within what we create, but God is much bigger. "He is not to be fenced in, under human control, like some domestic creature; He is the wildest being in existence.  The presence of His spirit is us in our wildness, our oneness with the wilderness of Creation.  That is why subduing the things of nature to human purposes is so dangerous and why it so often results in evil, in separation and desecration.  It is why the poets of our tradition so often have given nature the role, not only of mother or grandmother, but of the highest early teacher and judge, a figure of mystery and great power."

Outdoors we encounter the miraculous, indoors we meet the common.

Berry continues the thread of his argument through religious issues, through economy, or the ways humans live in relation to nature, then finally reaches the question of art in the context of what we, as humans, create.

"If we think of ourselves as livings souls, immortal creatures, living in the midst of a Creation that is mostly mysterious, and if we see that everything we make or do cannot help but have an everlasting significance for ourselves, for others, and for the world, then we see why some religious teachers have understood work as a form of prayer"


Berry offers some astute observations as to the traditions of art:  "Traditionally, the arts have been ways of making that have placed a just value on their materials or subjects, on the uses and the users of the things made by art, and on the artists themselves.   They have, that is, been ways of giving honor to the works of God.  The great artistic traditions have had nothing to do with what we call 'self-expression.'  They have not been destructive of privacy or exploitive of private life.  Though they have certainly originated things and employed genius, they have no affinity with the modern cults of originality and genius."

The end of the essay is comparatively weak, contrasting the villainies of modern Christianity with the (probably more traditional), truly biblical focussed Christianity, where man is encouraged to root out and work on his weaknesses in the scope of a broader community base, and for the good of, not just oneself, but for all.

What I love about Berry is that he is not wholly on the side of any one group. He has developed his own personal thoughts and ideals through reading, discussion, experience, and observation and is quite adept at targeting strengths and weaknesses accordingly.  Though I've been meaning to read Berry for ages, this is my first taste of his writing and it was quite delicious.  I can't wait to jump in for another bite!

The complete essay can be found here.

Deal Me In Challenge #13 - Four of Spades

Email ThisBlogThis!Share to TwitterShare to FacebookShare to Pinterest
Labels: Author: Berry, Deal Me In Challenge, Essay