Lensky takes Onegin to meet his beloved Olga, and Onegin voices his preference for Tatyana, complaining of Olga's dullness.  The neighbourhood gossip, combined with Tatyana's dreamy idealistic yearning, provides a spark to ignite her infatuation with Onegin.

"Tatyana listened with vexation
To all this gossip; but it's true
That with a secret exultation,
Despite herself she wondered too;
And in her heart the thought was planted …..
Until at last her fate was granted:
She fell in love.  For thus indeed
Does spring awake the buried seed.
Long since her keen imagination,
With tenderness and pain imbued,
Had hungereed for the fatal food;
Long since her heart's sweet agitation
Had choked her maiden breast too much:
Her soul awaited ….. someone's touch."

Retreating to reading books filled with dramatic love, Tatyana pines away for her unaware lover until, in the throes of passionate frustration, the innocent young girl decides to write a letter.  The narrator digresses briefly to comment on how the flexibility of Russian in writing has been lost with the trend of communicating in French.  How does this relate to the story?  Well, let's wait and see.  Tatyana paints her letter with great emotions coursing through her, begging Onegin to relieve her romantic sufferings with an indication of his feelings.  When he arrives at the Larin estate, she attempts to hide in the garden but Onegin waits for her.  There is a confrontation BUT …… bless Pushkin, as he chooses at this point to play with the reader, stating he is too tired to go on and will tell us what happened later.  Cheeky guy!

Onegin is very candid with his feelings, telling Tatyana that even if he loved her now, he would make her quite miserable later and bring her great grief.  He shows a surprising understanding of both their natures.  In spite of his cynicism, he has great depth of human understanding.  The neighbourhood is unhappy with his treatment of her and then Pushkin leaps off into a rollicking discursion on friends who abuse us and how one should trust oneself, the truest companion.  Tatyana descends deeper into apathy upon her disappointment.  We further learn how ga-ga Lensky is over Olga and the narrator sets up a mock debate with himself over poetic forms which mirror the arguements between the archaists and the modernists of his time (at least I think that's what he's doing).  Tatyana's name day party approaches and Onegin is invited.  Curiously, he agrees to go.  Oh, what mischief will he get up to?  Why does he agree to further expose himself to Tatyana after his refusal of her love?  Does he care so little about her feelings?  Does he dare the neighbours' disapproval?  Or is there another reason? 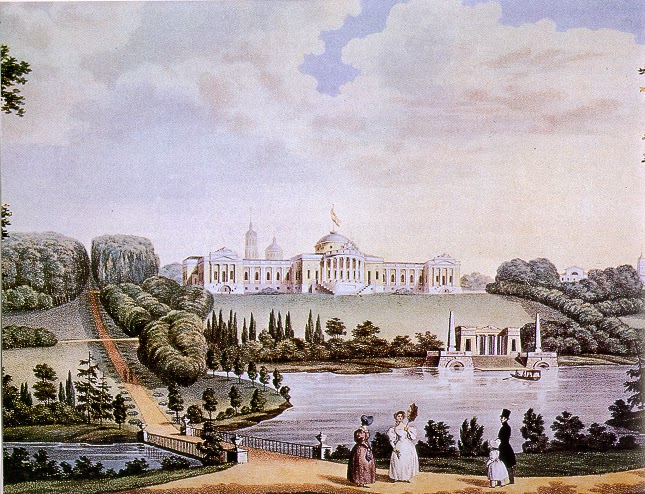 In these sections, I was struck by Onegin's almost tender treatment of Tatyana.  His response was very gentlemanly and he appeared to have an honest regard for her feelings.  He exhibits similar consideration towards Lensky when he controls his cynicism and does not tarnish his innocent, romantic view of the world.

Something that also comes to mind is the comparison I have heard of between Onegin and Mr. Darcy from Pride and Prejudice.  What????  I still don't see it ……. but I will keep an open mind …….