The Morning of Life by Victor Hugo 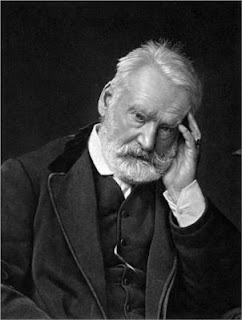 My ninth choice for my Deal Me In Challenge comes from "diamonds," my poetry section.  I have completely avoided my short story section so far, not out of design, but out of fate.  I just haven't chosen a club yet.  In any case, for this choice we move to France and the poetry of Victor Hugo.

The Morning Of Life (an ode)
by Victor Hugo

The mist of the morning is torn by the peaks,
Old towers gleam white in the ray,
And already the glory so joyously seeks
The lark that's saluting the day.

Then smile away, man, at the heavens so fair,
Though, were you swept hence in the night,
From your dark, lonely tomb the owlets would stare
At the sun rising newly as bright.

But out of earth's trammels your soul would have flown
Where glitters Eternity's stream,
And you shall have waked 'midst pure glories unknown,
As sunshine disperses a dream.

This is a beautiful poem, but this was the only English translation that I was able to find, and the poem really suffers in the translation.  From the French (keeping in mind, my French is adequate, but I'm certainly not fluent),  the reader is assailed wtih images of newness and light and birth and song, but there is also a reference to an old tower.  Yet in the second stanza the poet mentions that though he may be found in a coffin (I suspect that he is the "old tower" from the first stanza), the sun will continue to shine and that same bird will sing on his tomb.  And should the reader be saddened by his death?  The third stanza indicates not, as the poet will have an endless horizon as he awakens in the light of eternity.  The first life now appears as a dark night or restless dream in comparison to this new everlasting life.

Ai-ya!  I was able to pull very little of that explanation from the English translation.  The French says "mon tombeau" (my tomb), not your tomb, and with the English second person pronouns in the third stanza, it is very confusing as to who is speaking.  Anyone with more adequate French skills than I have, is welcome to comment.

For those of you who didn't know that Hugo was also a recreational artist, producing more than 4000 drawings, I'll leave you with one of them:


Deal Me In Challenge #9 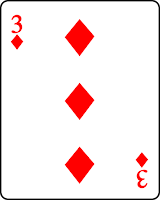