Polonius sends his servant, Reynaldo, to France to give letters to his son.  He then gives very specific instructions as to how Reynaldo is to find out information about Laertes and how he conducts himself in the city.  Polonius is very insistent and detailed in his commands, and his suspicions about Laertes drinking, whoring and gambling is apparent.

When Reynaldo takes his leave, Ophelia enters and relates some strange events.  Hamlet appeared to her all in disarray, almost mad in his appearance.  He made some dramatic and pained gestures that quite concerned her, before he departed her presence and she does not know what to make of his behaviour.  Polonius is certain that Ophelia’s spurning of Hamlet has made him mad with love for her and suggests that they speak with the king.

Why is Polonius almost over-zealous in his curiosity about Laertes?  Reynaldo is certainly a spy sent to report on him.  This scene says more about Polonius’ character, even though the focus is on Laertes.  Polonius is obsessive in his desire to know about his son, and his words and actions are not balanced.  He obviously doesn't trust him, but why?  Does his unusual inquisitiveness stem from political or paternal concerns?

He also shows himself an astute politician, or perhaps manipulator, when he decides to tell Claudius of Hamlet’s actions, noting that if he keeps them hidden, it might cause trouble for him in the long run. 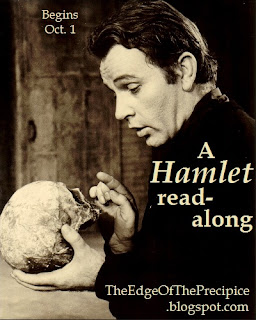