Hamlet asks the ghost where he is being taken, but the ghost commands him to listen.  His time is almost done when he will depart for Purgatory, but he has important information to relate that includes revenge.  The ghost identifies itself as Hamlet's father's ghost and claims that he was murdered by Claudius, as the foul beast committed regicide by pouring a bottle of poison into the king's ear.  While the ghost censures his wife for her lack of virtuous conduct in the matter, he bids Hamlet to leave her judgement to God.  Hamlet is shocked by the Ghost's proclamation, but is quick to promise revenge.

Horatio and Marcellus return, begging Hamlet to tell them what happened, yet he prevaricates, hesitant to trust to their silence.  He does however make them swear (numerous times and then upon his sword) never to tell anything that they have witnessed that night.  He also gives an indication that he may act unusually in the future, but even so, they must never, ever give even a hint of why he is exhibiting such behaviour.  They go back to court, with a lament from Hamlet that he has been chosen to set things aright.


Hamlet is obviously shocked by the ghost's revelation of his murder, but he is quick to pledge his assistance in revenge.  The ghost convicts Hamlet's mother of a lack of virtue, stating that a truly virtuous woman would not have been corruptible.  These statements must further influence the way Hamlet views his mother.

One of Hamlet's statements struck me and perhaps explains his behaviour further on in the play:

"Ay, thou poor ghost, while memory holds a seat
In this distracted globe.  Remember thee!
Yea, from the table of my memory
I'll wipe away all trivial fond records,
All saws of books, all forms, all pressures past
That youth and observation copied there,
And thy commandment all alone shall live
Within the book and volume of my brain,
Unmixed with baser matter.  Yes, by heaven!"  (96-104)

It's as if Hamlet has shaken off youth and has grasped responsibility and maturity with a strong hand. This attitude will perhaps explain his behaviour towards Ophelia: his original interest was an adolescent attraction but now he must put away all childish pleasures and concentrate on the task at hand.

This scene is certainly the turning point in Hamlet's demeanour and conduct.  We expect to see a different man from now on. 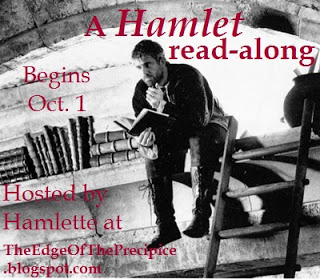